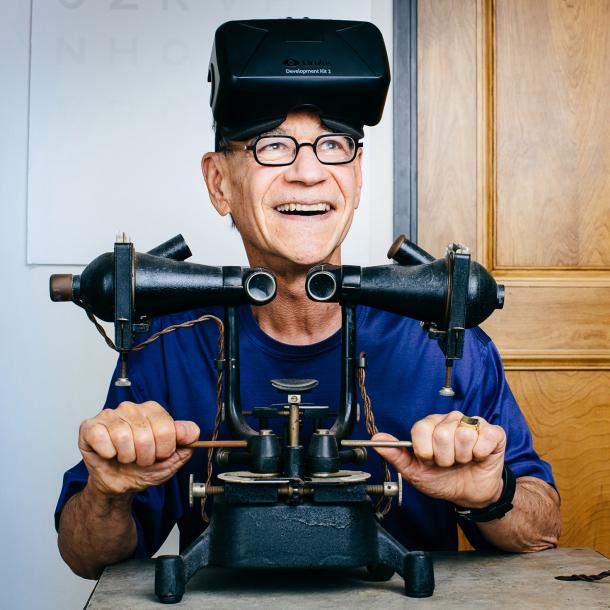 Levi's research focuses on amblyopia and spatial vision. He uses VR technology to offer diagnosis and treatment of amblyopia and other forms of binocular dysfunction. Levi served as Chair of the VISB study section, and was a member of the Strabismus, Amblyopia & Visual Processing Panel of the National Eye Institute. He also served on the National Research Council (NAS) Committee on Disability Determination for Visual Impairments. He currently serves on the National Advisory Eye Council. Levi was Editor-In-Chief and Chairman of the Board of Vision Research from 2004-2012, and was Editor-In-Chief of Journal of Vision from 2013-2018. Levi was elected Fellow of the Optical Society of America for his research contributions in the areas of amblyopia and spatial vision. He has received numerous awards including the Glenn Fry Award, the Garland Clay Award and the Prentice Medal from the American Academy of Optometry, and the 2016 Edgar Tillyer Award from the Optical Society of America. Levi was Dean of the School of Optometry from 2001-2014. Email: dlevi@berkeley.edu. Website: Levi Lab.